Joshua Fenu was born in Milan, studied design in New York and instantly made contacts with top names on the A-list. He began his career in Los Angeles, USA as a celebrity stylist and music producer, working with and dressing international stars such as Snoop Dogg, Macy Gray, Rihanna, Coolio, Missy Elliot, Timbaland, Flo Rida, Pitbull, Lenny Kravitz and many more. The major alliances he forged allowed him to live the glitzy twenty-oh Hall-of-Fame atmosphere to the full, thus creating an increasingly extensive network.

He then began to work as a creative consultant for different fashion houses, leading lights in the Italian fashion system such as the designer Elio Fiorucci, with whom he also established a deep friendship. These were important partnerships, which helped him grow professionally, particularly in expressing his style - the perfect balance between modern and classic, sparkling pop and absolute elegance. An eclectic artist, Joshua Fenu was invited to successful television shows as a permanent special guest, a mark of his determination to face new challenges.

2012 saw the birth of his first Joshua Fenu accessories line, the men’s and women’s haute couture collection, where each piece is embellished with precious hand embroideries and aimed at a sophisticated and fashion-conscious woman. Distribution was select and discerning; numerous international stars took part in the launch of the range, acting as international ambassadors for these precious accessories.

He took part in a variety of events, fashion presentations and shows, including Fashion Victim events, where he enjoyed major success. In 2014, he moved to London to create and launch JF London: tapping into the creative inspiration of Italian design, taking cues from original and sophisticated atmospheres, from the jet set world and from a modern woman who through her shoes and accessories asserts her personality, her practicality, uniqueness and simplicity.

A varied playlist of colours, materials, designs, cuts, inserts and details, to cater for a 21st century woman. Joshua Fenu today stands as a specific fashion concept, which revolves around the combination of different and extravagant materials, techniques and cultures, to produce a shoe envisaged as a veritable instrument of seduction, play and self-motivation. 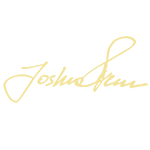